Back when I really started taking cycling seriously, if you mentioned the term “protected bike lanes” it was sure to incite a debate.

Most cyclists were in favour of them, (for obvious reasons) as they are proven to reduce accidents and fatalities. But many motorists hated them. With a passion. Over the years I heard them described as “annoying”, “a waste of tax money”, “inconvenient eyesores” and some other more colourful terms.

But fast forward ten or 15 years, and across North America, protected bike lanes have been an unmitigated success.

Not just in reducing accidents and fatalities, but also in increasing the livability of cities.

Paul Krueger has been a Transportation and Public Space Planner with the City of Vancouver since 2006, and admits there was some fierce opposition when protected bike lanes were first introduced. 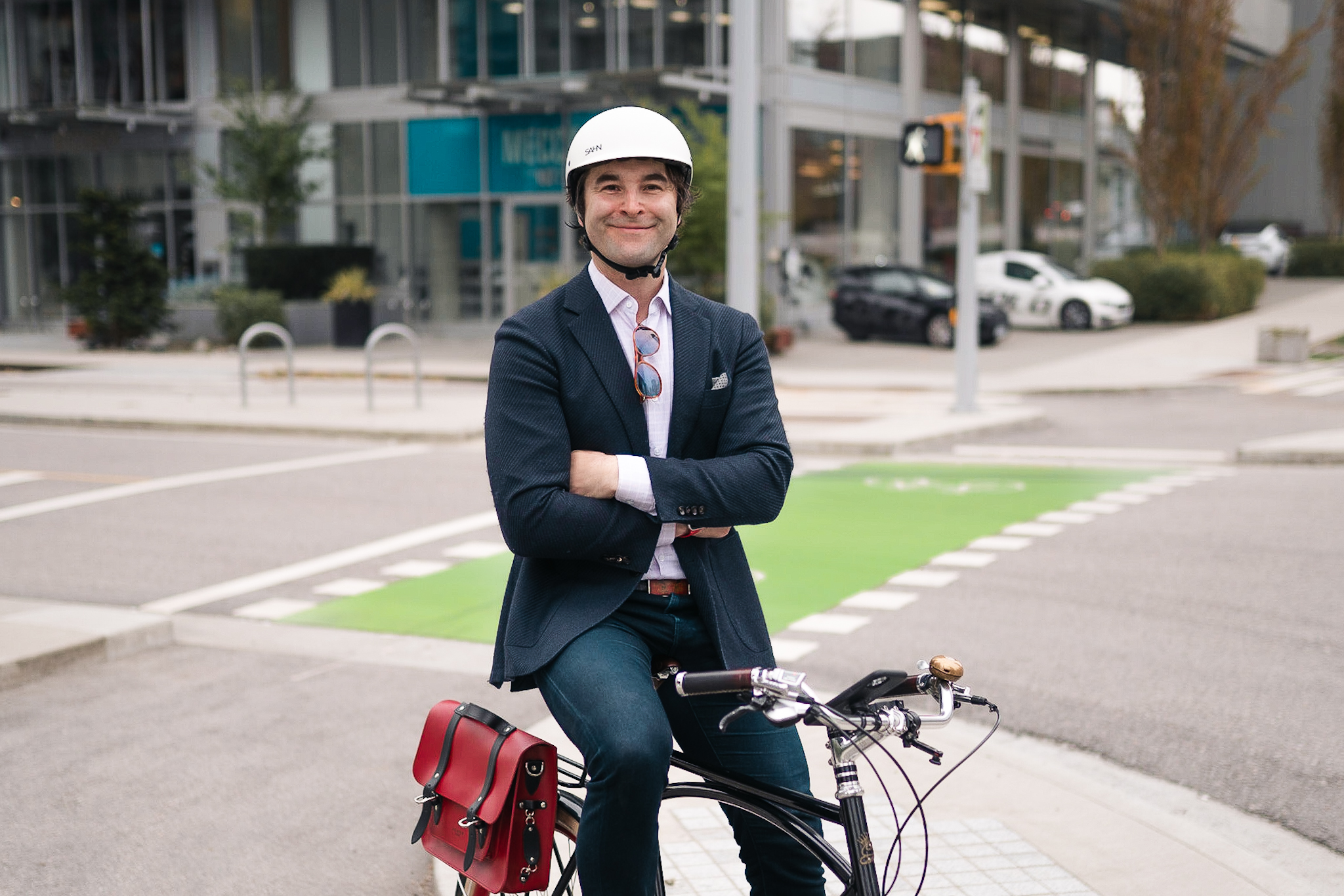 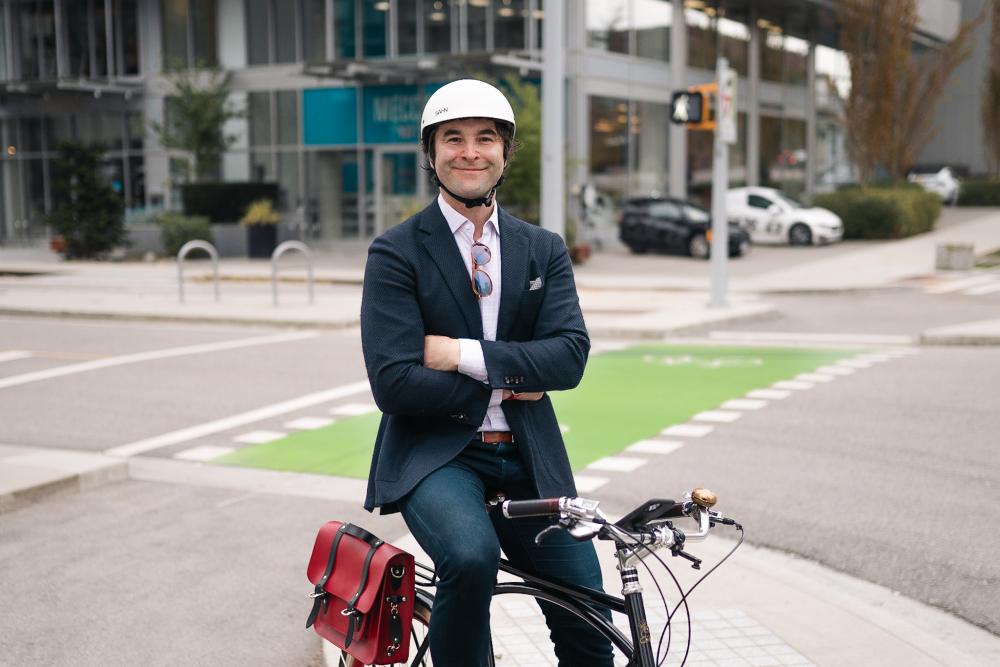 “When we were initiating some of our first protected bike infrastructure projects more than a decade ago, there were fears about increased traffic, lost parking, and customers and employees having a harder time getting to their destinations. But those fears haven’t materialized, and overall the projects have had a positive impact.”

Paul sees part of his role as a planner as creating “happier, healthier cities”, and that most communities and business owners now realize cycling projects can be good for cyclists, good for a city,and good for business.

“There are lots of reasons to support more cycling,” he says.”It’s low cost and produces zero emissions. It’s social, safe, and often the fastest and most convenient way to travel. And cycling infrastructure—like protected bike lanes—can also help other modes of transportation as well, by reducing road congestion and linking people to transit.”

And there is plenty of research to prove they also make our roads safer. Not just for cyclists, but for everyone. 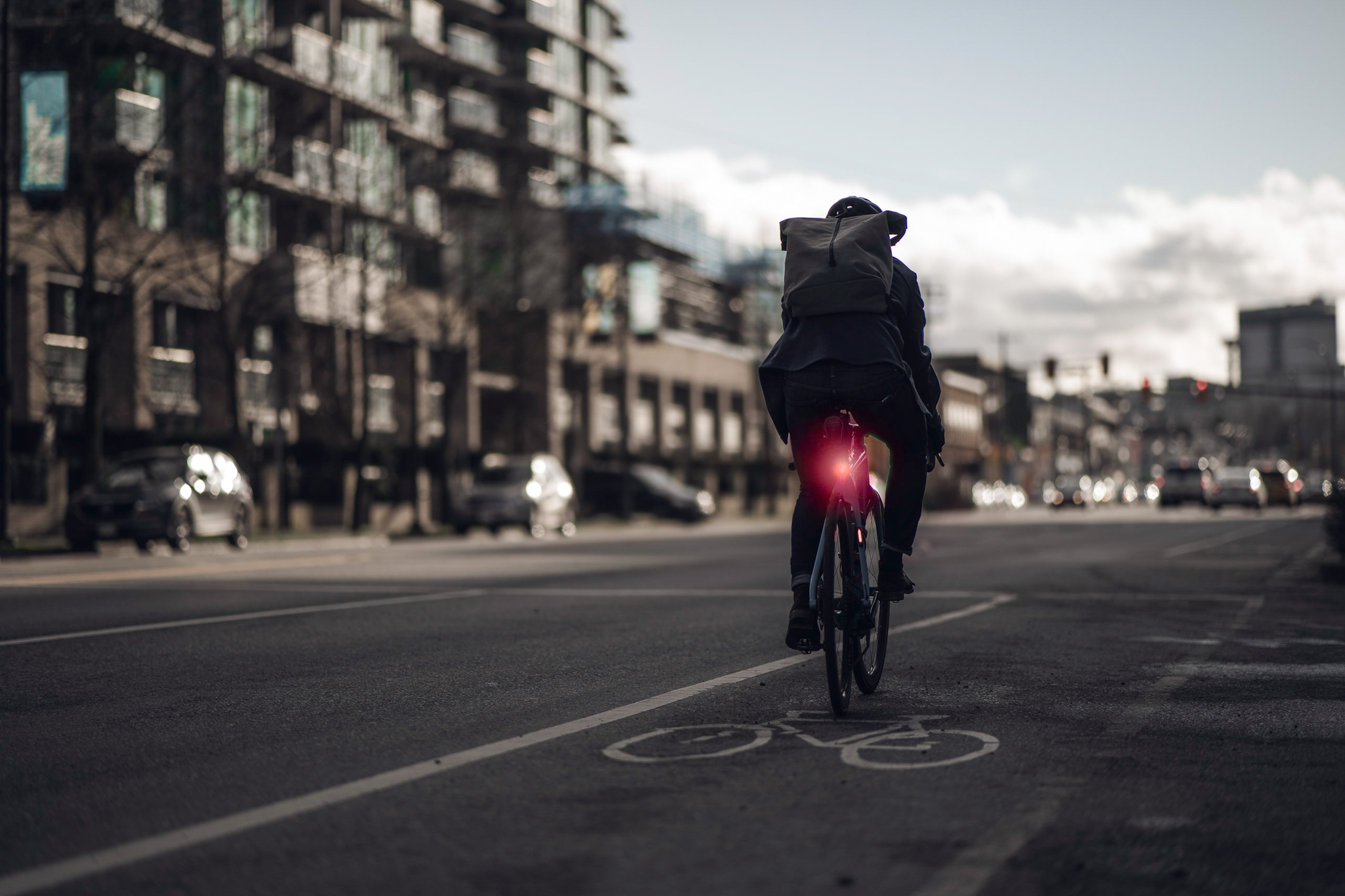 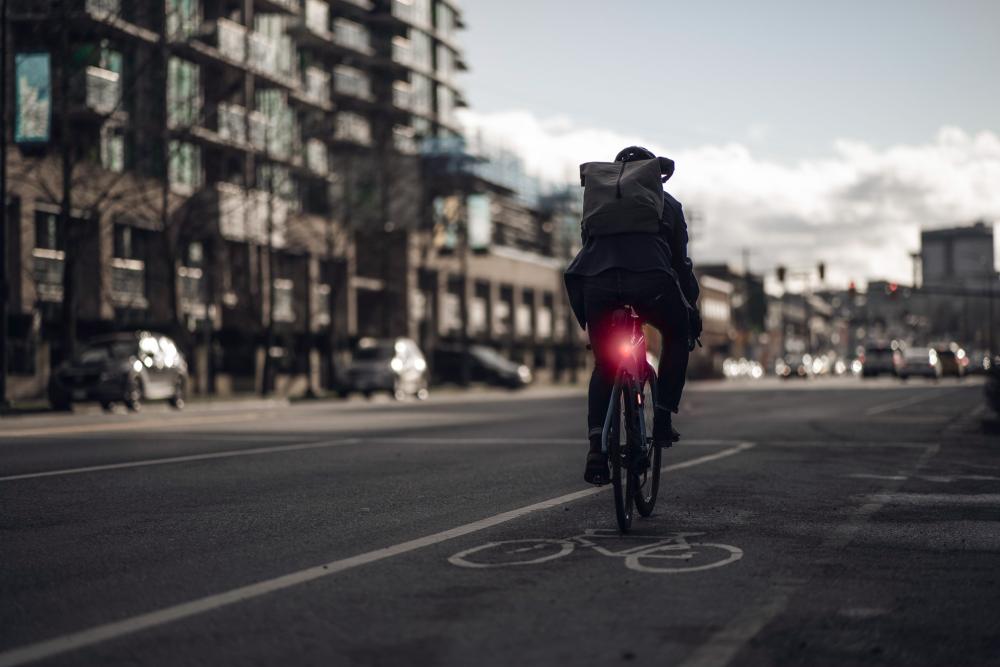 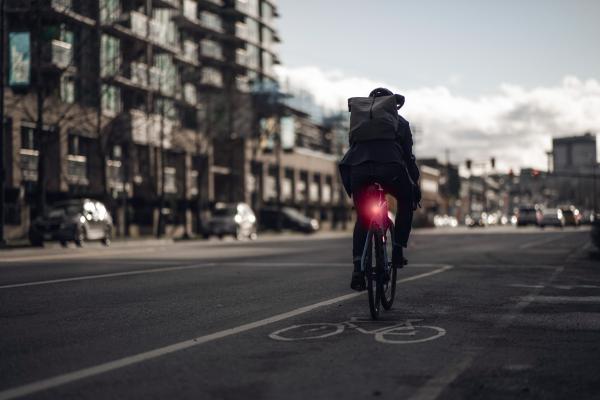 The benefits for cyclists are obvious. But cycling infrastructure also helps protect motorists and pedestrians as well, by slowing cars down. Even when a driver hits another driver, it’s less likely to be a fatality because it’s happening at a slower speed.

Vancouver may have been an early adopter, but we’re now seeing more and more protected bike lanes being installed across the country.

Montreal is currently adding 26 kilometres of protected bike lanes as part of its two-year plan to make cycling safer. Calgary continues to expand its protected cycling infrastructure, and has seen a correlating 53 percent increase in users. And when Edmonton introduced its bike lane system three years ago, that city saw an 81 percent jump in cyclists in its very first year.

And consequently, opposition to them is low.

Even three-quarters of those who primarily drive to get around that city support them. 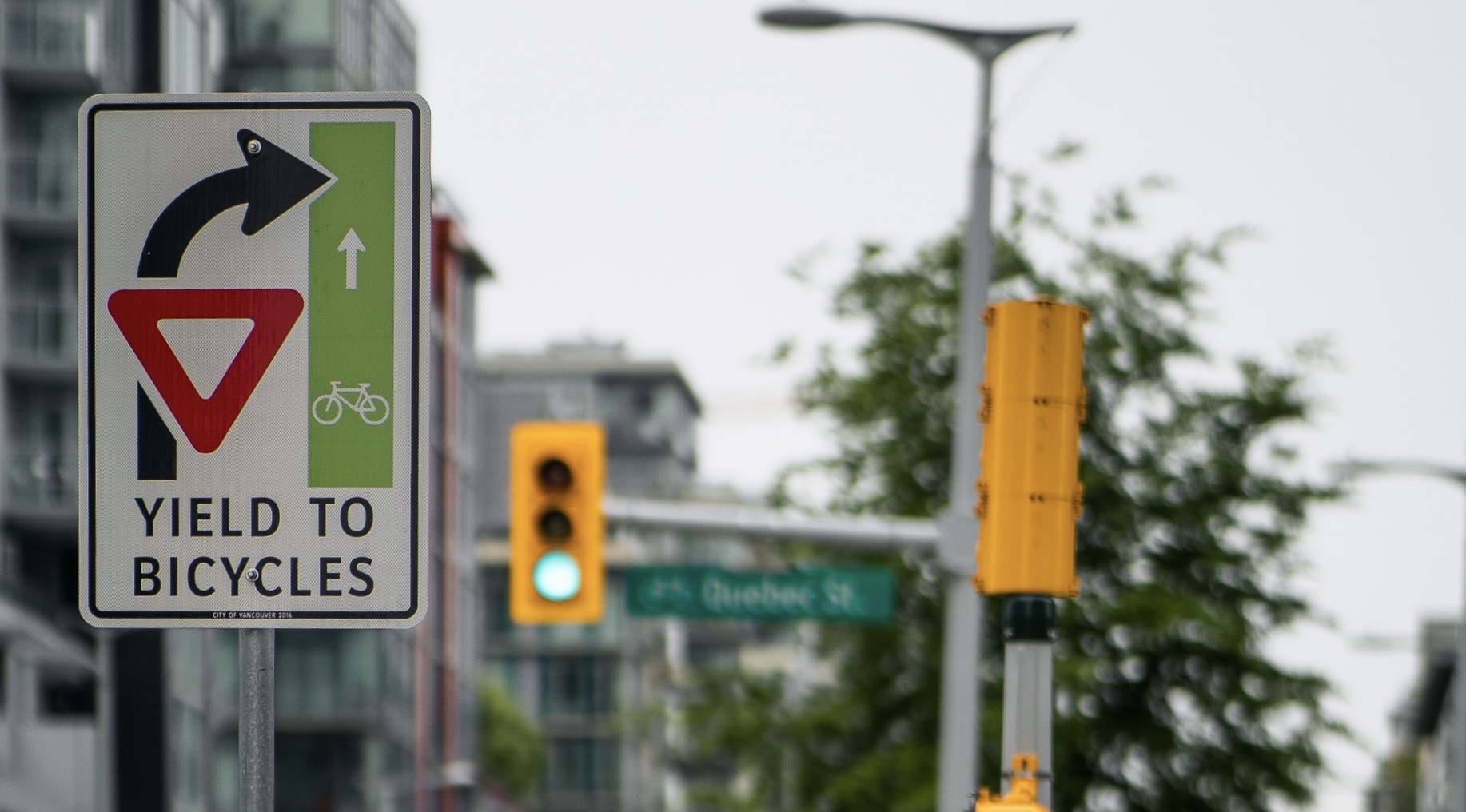 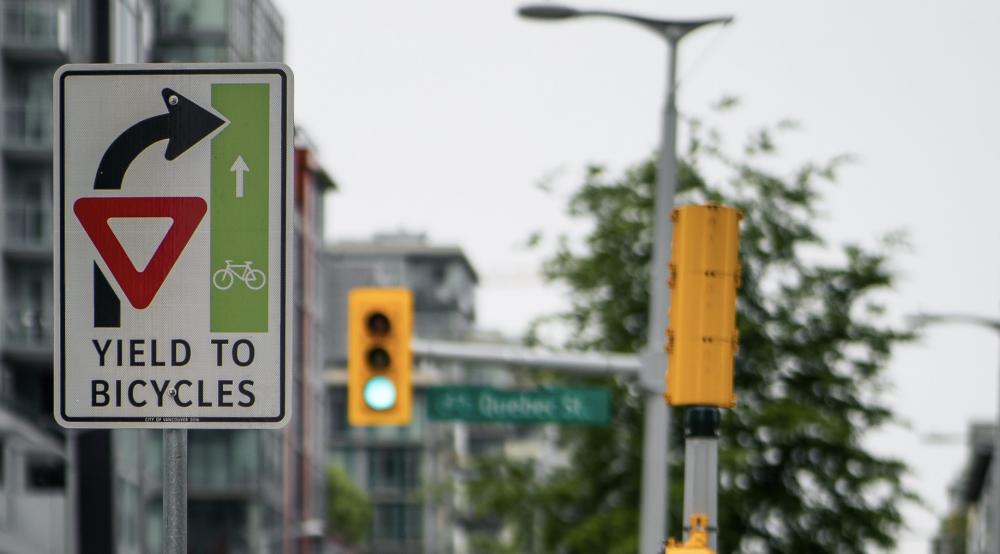 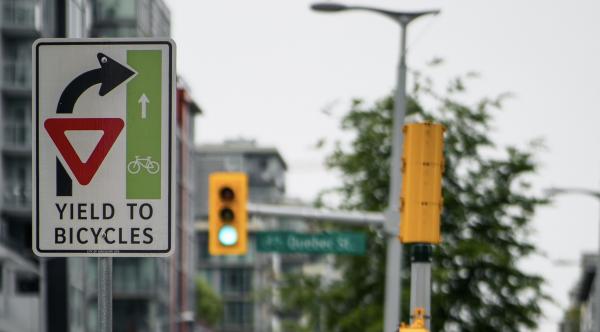 “In general, people are becoming more supportive of protected infrastructure projects when they’re able to see and experience successful examples first-hand—when they see they’re not just for a small niche of society, but something that can benefit everyone—even people who don’t cycle,” says Paul. “They’re not just for MAMILS (Middle Aged Men in Lycra) but for families with children, seniors, and people going to work, shopping, and enjoying the area.”

Vancouver’s audacious goal is that by 2030 at least two-thirds of all trips in the city be on foot, bike or transit, and that by then, there be zero traffic-related cycling fatalities. An ambitious goal for sure, but one that I think is entirely achievable with protected bike lanes.

Riding Season is Over…Now What?

Personal trainer and coach Karla Bensen gives some ideas on how to make the most of your cycling “Off Season” to help you prepare and get stronger for next season.

My return to the road has been slow and steady. My pace has allowed me an opportunity to observe the wide range of greetings offered by passing cyclists.

In January I experienced a crash and suffered a serious injury to my left knee. It gave me an understanding of what it means to be challenged so deeply by pain and injury.

Whether at fault or not, if you are involved in a crash with a car in Ontario you are entitled to Accident Benefit insurance coverage.

Sign up for our Insiders Newsletter and discover the latest in the world of cycling.

We respect your privacy and promise never to share, trade, sell, or publicize your email address. By clicking “subscribe” you agree to receive emails from The Cycling Lawyer. Unsubscribe at any time.